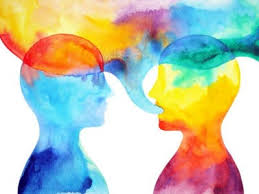 Aphasia is not having a senior moment every once in awhile. Rather, aphasia is the loss of ability to comprehend or express speech caused by brain damage, one of negatives for winding up with a malfunctioned brain from stroke and Traumatic Brain Injuries (TBI). Sometimes you get better with aphasia from stroke or TBI, but few get better completely.

I make a self-deprecating joke with aphasia when I often say, stumbling to find the exact word, “This here is aphasia in action,” naming it before people think I’m slow. But naming it or not, aphasia really sucks.
I’ve come up with a list the insensitives among us say when, after a few seconds, they lose my thread and start talking about something else. I want to say, “C’mon, guys, can’t you wait while I think of the word,” but I never say it. Why bother? I saw that now. But early on, I wanted to change the world’s thinking about aphasia. What a dud I was.
Here’s the list of the top ten reactions people have for those with aphasia:

1. I can’t understand you.
This statement cuts right into my soul. You’re speaking English. I’m speaking English. “So what’s the problem?” I say silently. To my ear, it sounds good enough, but to the person’s ear, it sounds incomplete, which it probably is. But even though….
2. Supplying the right word
Oh, no! I want to be part of the conversation, and if you’d just hang on for a sec or three, the word will come to me. Or they won’t.But my aphasia is different from some, because the word that I’ll come up with, though in the ballpark of correctness, a word I’ve rarely used before. Example, we took a ride to the coast and when we arrived, I described the houses as “ramshackle.” I never know what’s going to come out of my mouth because I lost the filters when I had a stroke in 2009.
3. People finishing your thought
I can honestly say, “What the F is wrong with them?” Sheesh. Give a gal a chance. They think they’re doing me a favor, but the exact opposite happens. I resent them, and fairly soon, I want to leave the room.
4. Speaking sentences that NO ONE understands
I’ve improved, but early on in the first three I spoke sentences that even after I was finished, I  couldn’t understand. People just stopped listening soon after.
5. Making up words
I used words, back in the beginning, that weren’t really words at all, like “clockfer,” “greenac,” and “withand.” I know that I said them because early on (wanting to escape the aphasia which I still have not done completely), I used to tape conversations on my phone and recognize the errors. I was embarrassed but given the condition I was in, a little empathy please?
6. Inability to understand someone else’s conversation
In the first year after my stroke, I went to an art lecture on Picasso, and with the visuals right there in front of me, I had severe trouble following that talk. I hadn’t heard of aphasia, but I’m satisfied that other people had trouble following other lectures at first with strokes, too. But people were annoyed that I “didn’t get it.” Remember when I said strokes suck?
7. Pronunciation suffers
On the first round, even after eleven years, I still, like a little child, say “bisquetti” for spaghetti when I don’t remember to slow down my speech. It is also useful to say every part of the word in isolation and put it all together, slowly at first. Thus, I had the inability to pronounce words correctly, and some words not due to muscle weakness or paralysis because I could pronounce them if I slowed the heck down. Some people laughed. It wasn’t funny though.
8. Loss of reading and/or writing skills
In some patients with aphasia, reading and/or writing skills (usually both at first) are lost. This means that the patient is no longer able to comprehend written language or even express themselves through writing, all of which are necessary to communicate to emotion, language, and information using symbols, and even emojis. You can imagine what that loss does for self esteem. They have to start over. I’m extremely fortunate, as a writer, I didn’t have that affliction.
9. Spontaneous speech is rare for aphasiacs
I gave a speech to a stroke support group a year after the stroke in the Hershey Medical Canter in Pennsylvania, and though it appeared spontaneous, I simply read off the bullet points so fast, it seemed that the neural pathways were on fire for somebody in the back row who was simply listening and not watching the presentation. Spontaneous speech, also called off-the-cuff, is speech that happens without any planning having taken place, and the majority of aphasics, though they want to do it, simply are unable.

10. The facial expressions
I saw the frowns, and sneers, when I talked to people, even now, if the minds are already made up that this is a person (me) whom they won’t understand. I detest it though I can’t have any control over so I don’t worry about it like in the early years. I can try and talk slower and who cares what they think? If they call me slow and dimwitted, who cares?
Alexander Hamilton said it best: We must make the best of those ills which cannot be avoided. He may have been talking economics, but I’m talking stroke and TBI. Different causes; same result.